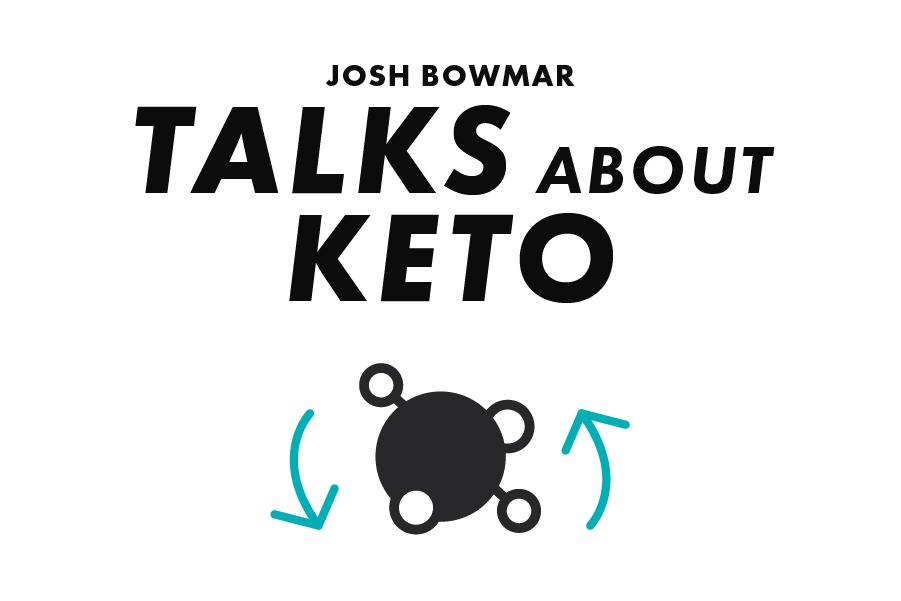 How do you know if KETO is right for you?

Josh Bowmar recommends everyone should try a low carb or ketogenic diet. Keto is not going to be for everyone, but it’s a great idea to give it a try, especially if you are looking to lose weight. Josh Bowmar thinks if you are looking to try out keto, you should start out by intermittent fasting and see how your body reacts when it’s running out of carbohydrates.

Start with a 12 hour fast and see if you get more energy from it or if you get headaches. Test out how it makes you feel overall, then dive into the ketogenic diet. Ketogenic is when your body is actually processing ketones for energy.

In Josh Bowmar’s opinion, this is 100% the most effective way to lose weight.

Say you have someone who weighs 250 pounds, and they lose 100 pounds and now weigh 150 pounds. Their body doesn’t need as much energy to warm and cool down that much mass in comparison to what it was at 250 pounds. When you lose weight your metabolism adjusts to your weight, which means your metabolism will slow down. Some people start to binge eat after they lose all that weight. They end up weighing even more than they did when they first started and they don’t understand why that happens. This happens because their metabolism has already slowed down from losing weight but they start eating like they are still 250 pounds so they gain a ton of weight back.

CLICK HERE to learn more about keto from Josh Bowmar.